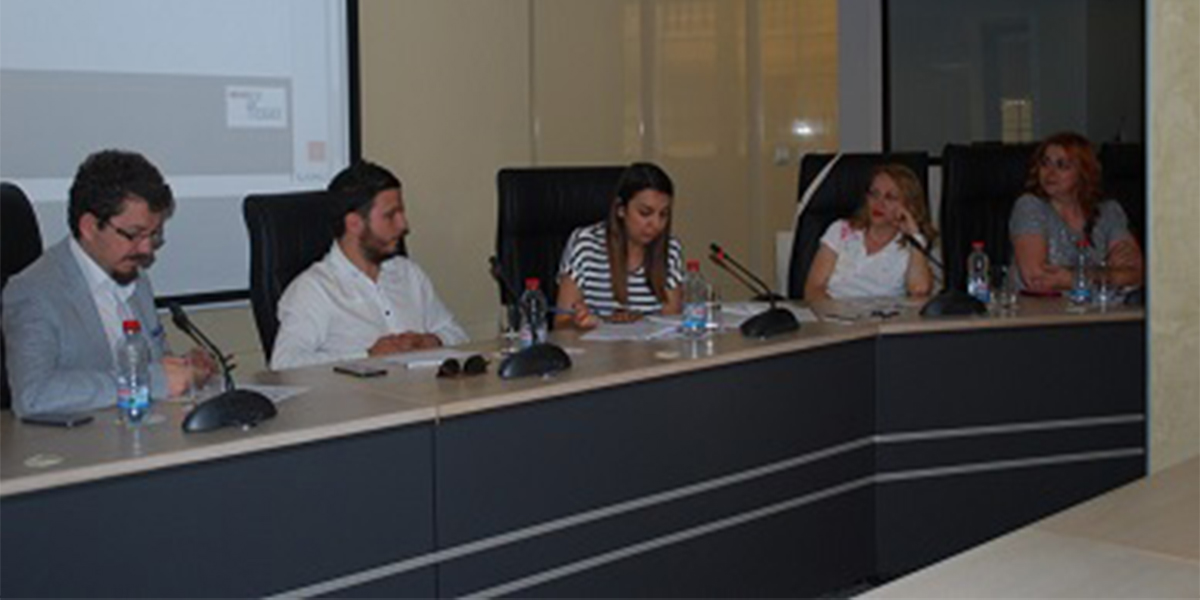 The Media Literacy Network held a working meeting on 7 June 2018, which was open to other organizations as well, so as to increase the opportunities for cooperation. The goal of the meeting was:

As Metamorphosis Programme Director Filip Stojanovski pointed out, the project titled “Critical Thinking for Mediawise Citizens – Crithink”, implemented by the Metamorphosis Foundation in partnership with Eurothink, will be carried out in the period from 1 January until 21 December 2020. The project is aimed at promoting media literacy as the basis for preserving citizens’ right to have diverse opinions, by means of stimulating a culture of critical thinking, pluralism and democratic values. Project Coordinator Goran Lazarov of Eurothink explained that there was an ongoing call for allocating the first round of small grounds, amounting to Euro 5,000-7,000, for 8 partnerships among civil organizations, media outlets and other stakeholders – one in each of the eight planning regions.  The call will be open until 6 July 2018. More information about the projects are available at the link: http://crithink.mk/bara-e-za-aplikacii-grantovi-za-gra-anski-organizacii-vo-ramki-na-proektot-kritink/.

The representative of the Youth Educational Forum, Stefani Spirovska, presented the Youth Expression Project, directed at promoting and activating youth socially by means of a number of activities, campaigns and trainings, in partnership with the “Loja” Centre for Balkan Cooperation from Tetovo and Youth Alliance from Krushevo. Planned as part of the project are youth debating clubs, composing a declaration on youth’s freedom of expression. Research into the social capital of high-school and university students and support to youth organizations. Workshops on transforming conflict into communication and nonviolent communication training courses are planned to take place in the municipalities of Tetovo, Kumanovo, Skopje, Veles, Negotino, Krushevo, Bitola and Struga. This project, too, envisages small grants for youth organizations’ capacity building in the area of freedom of expression. The announcement is expected to take place in the course of June, and the Network members will be notified about this accordingly.

Vesna Nikodinovska of the Macedonian Institute for Media (MIM) presented the project titled “News and Digital Literacy – Where Fake News Fails”, which will be conducted by MIM in cooperation with the Institute of Communication Studies, the Independent Trade Union of Journalists and Media Workers and the Media Diversity Institute from London.  The aim of the project is to help social media users become knowledgeable consumers of online news and information and responsible active citizens; to increase debate on news and digital literacy among journalists by emphasizing the economic and social conditions for freedom of expression, and to contribute to increasing the knowledge of CSOs to effectively counteract fake news, fabrications and unethical media reporting. The project foresees allocation of grants amounting to Euro 8,000 to six civil society organizations. The ad is to be announced in the course of next week, and the Network will be informed accordingly at its e-address and the website www.mediumskapismenost.mk.

At the meeting, Emilija Petreska-Kamenjarova of the Agency for Audio and Audiovisual Media Services conveyed the latest European experiences from the functioning of media literacy networks, which have also been noted in the Council of Europe’s Recommendation on Media Pluralism and Transparency of Media Ownership, dated 7 March 2018. The Recommendation, among other things, explains the relation among media literacy, media pluralism and transparency of media ownership. In this context, it points out that the member states should reconsider their own legislations so as to establish where media literacy should be included and in what way, so that it would become an integral part of education at all levels, including life-long learning, meaning that they should develop a coordinated national media literacy policy and ensure its operationalization by means of providing appropriate resources. The key strategy may be their support to the formation of a coordinated national media literacy network, where there is no network formed yet, or further development of the ones already formed, as in the case of the Republic of Macedonia.

In this regard, it was stated that the ongoing Programme for Promoting Media Literacy would end this year and that, this coming autumn, the Agency plans to prepare an overview of the conducted activities and a policy document stating directions for further promotion of and support to media literacy. In addition, it was indicated that other European countries’ experiences had shown it was necessary to consider the possibility of internal organization of the Network by areas of predominant action and, perhaps, of forming a coordinative body, with the aim of intensifying its work.

In this context, Vesna Nikodinovska acquainted the present with the fact that MIM was a national coordinator within the frameworks of a project for establishing media literacy networks and that, in cooperation with the AAAVMS, there were considerations of how to incorporate the structural promotion of the Network and the preparation of a policy document on media literacy into this project.

Emilija Petreska-Kamenjarova informed the attendees that, together with MIM, they were working on bringing a foreign expert in the autumn, who would convey to the Network members his/her experience regarding the planning and realization of projects in the various areas covered by media literacy, and that a study visit was also being considered.

In the discussion that developed afterwards, Snezana Trpevska of the Resis Institute stressed that, in order to enable significant promotion of media literacy, the competent institutions needed to prepare an all-inclusive media literacy strategy. Drawing from her experience with the analysis of the situation in Montenegro, she gave examples of certain strengths (e.g. the dedication of the Montenegrin Ministry of Education), as opposed to the weaknesses (disappointing results from the school subject ‘media education’ due to the fact that it was optional).

Aleksandra Temenugova of the School of Journalism and Public Relations informed the present that they were discussing the possibility for cooperation with the Bureau for the Development of Education, but that she expected to have more concrete information during the following month.

Maja Radvanska of “Public” reminded the attendees that the “Lice v Lice” (Face to Face) Magazine was constantly open for cooperation, abided by the highest ethical standards in its work and strove to publish information and news related to media literacy.