You are here:
Projects 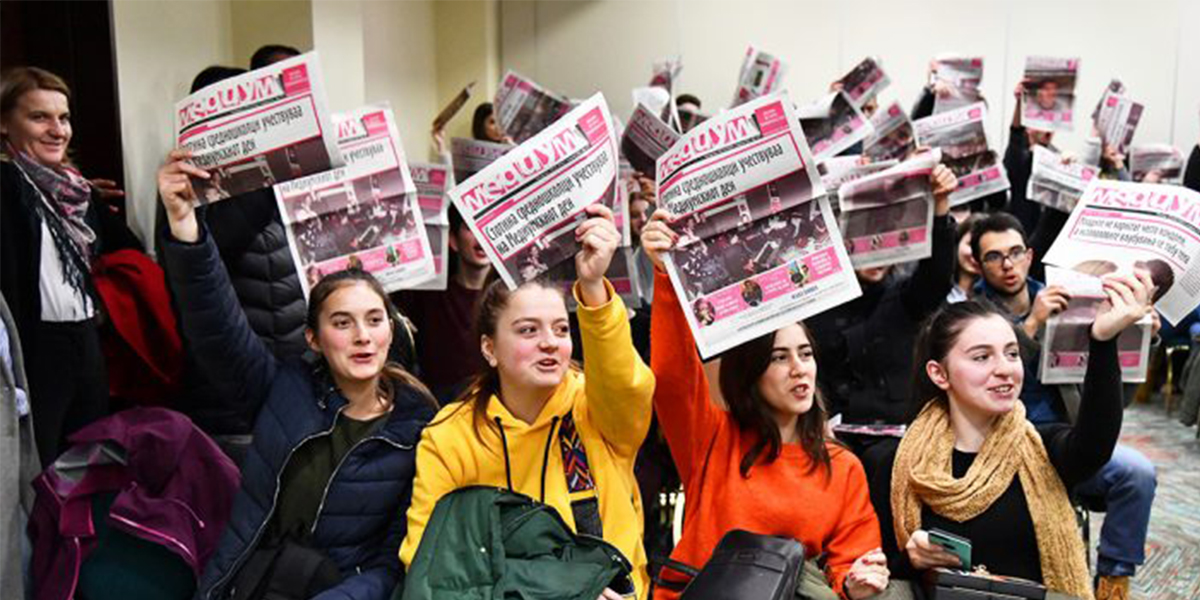 The European Commission selected the MAMIL project of the School of Journalism and Public Relations as one of the 10 best projects on media literacy in Europe in 2019.

On 19 March 2019, in Brussels, representatives of the School will present their activities that promoted media literacy, and will try to win one of the three prestigious awards granted by the European Commission:

The presentation of the 10 best candidates will be held within the frameworks of the conference on “Well-Informed Citizens in the Digital Era”, as one of the events during the European Media Literacy Week, which is organized by the European Commission on an annual basis. A special jury, composed of renowned professors and media literacy experts will announce the decision at the last session of the Conference.

The School of Journalism will present MAMIL (Media Literacy in an age of News Overabundance: Macedonian Coalition for Media and Information Literacy), which it conducted in the period from 2016 to 2018, together with its partners: the “Nova Makedonija” daily, the Media Diversity Institute from London. The project was financed by the European Union.

The activities within MAMIL aimed at several target groups: high school students, civil society organizations and media, and the audience. All news were (and still are) being regularly published on the special website on media literacy, www.medium.edu.mk. In the course of the three years, the high school students were involved as journalists in the “Medium” high school paper, a monthly that has been coming out for the past 8 years as a supplement of the “Nova Makedonija” daily, the so-called media labs, i.e. interactive lectures on journalism in the high schools, given by lecturers of the School and experienced journalists of the “Nova Makedonija” daily; the high-school competition for the best media product, “Express Yourself Through the Media”, and the summer camp on media literacy, in which 30 students took part in June and managed, in the course of four days to produce a TV show and create photo stories. Each December, the School of Journalism organizes a Media Day, on which a dozen of media outlets, here including the Macedonian National television, host some 100 high school students and introduce them directly to journalists’ work and media’s function in society.

In 2016, the School founded the Media Literacy Coalition, composed of eight civil society organizations and as many media outlets. By means of training and mentorship, the members of the Coalition earned why media literacy was important and how anyone could be an active factor in society and provoke change by using the potential offered by the media. The partnerships between the media and the civil society sector resulted in the production of media contents about the rights of the marginalized groups and the education of the audience about the work of the media and the public interest. All members of the Coalition joined in the Media Literacy Network, which was founded by the Agency for Audio and Audiovisual Media Services in 2017.

The third segment of MAMIL is the continuous education on why it is important to critically perceive media contents. Through the five video Mediana clips, involving the young YouTuber Isabela Pan, the School explained five aspects of media literacy: what media literacy is; how we can behave responsibly and ethically online; the basics of journalism; how to deal with fake news, and how to become an engaged audience. In cooperation with the Media Diversity Institute, the School created the Media Literacy Guidebook for the Youth, intended for the media and civil society organizations (available in Macedonian, Albanian and English.

Through this project, two very important researches were conducted in this sphere: in 2016, the School mapped the practices and concepts of media literacy in the high-school education, the civil society sector and the media, sublimated in the report on Media Literacy in Macedonia: The Missing Link for Active Citizenry.  Two years later, the School invited the Bureau for the Development of Education to join in the analysis of media literacy in the elementary education. The findings of this research, which also offers a comparative analysis of the treatment of media literacy in Slovenia, are conveyed in the Media Literacy in Macedonia: An Attempt at Implementation in the Elementary Education.  The research is available in the Macedonian, Albanian and English languages.

View this 15-minute video on all activities of MAMIL project on media literacy.

Analysis of Media Literacy among Youth as part of the Project “A Media Literate Citizen – for Honour with No Stress, Find the Right News” –
September 15, 2019