Film Literacy, Although Important For Children’s Development, Remains Marginalized In The Educational System 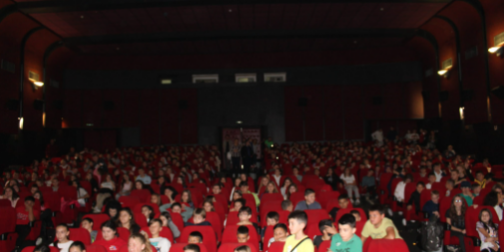 Skopje, 13 November 2022 (MIA) – The film has a great impact on the development of creative, critical and cultural knowledge, skills and future competencies among children, and according to experts, it is an equally effective tool for strengthening the motivation to learn. However, this cultural art is trying to find its place within the formal educational process in the country at a slow pace.

According to the director of the “Giffoni Macedonia” Youth Film Festival, Darko Basheski, film literacy is the ability to understand and analyze film and its film language, with all its characteristics and forms of expression as a medium for creation and as art.

In a statement to MIA, Basheski clarifies that film literacy is knowledge and awareness when choosing films to watch, the ability to critically view and analyze their content, as well as understanding of the audiovisual way of expression and the ability to manipulate the viewers by using technical resources or manipulation in the use of film language.

“Since the audiovisual expression and watching video content has become an everyday activity, today it is almost equally possible to talk about audiovisual literacy, of course, also related to media literacy or, most generally speaking, digital literacy. In the past hundred years, film language has become a special audiovisual language of communication, with a great advantage over other spoken languages, because it has been built as a more universal and more influential language for communication on a global level,” Basheski explains.

Daniela Stankovska Plachkovska of the Film Agency says that the film, in addition to offering entertainment, also offers education, making a strong impact on the mind and senses of children.

She explains that young people have an interest in understanding what is specific and characteristic about the film.

For young people to be film literate, Basheski explains that they need to learn to consciously choose and “read” audiovisual contents correctly, that is, to know how to understand and analyze them with all the expressive means of the film language.

The next step, he says, is to learn to critically consume video content as viewers and to learn to express themselves properly as creators, by creating their own audiovisual content that has a clear message.

A SHORT SUMMARY OF THE ” LOUD AND CLEAR” ONLINE DISCUSSION ON “HOW MEDIA COVER YOUTH WITH ATYPICAL DEVELOPMENT”
November 14, 2022